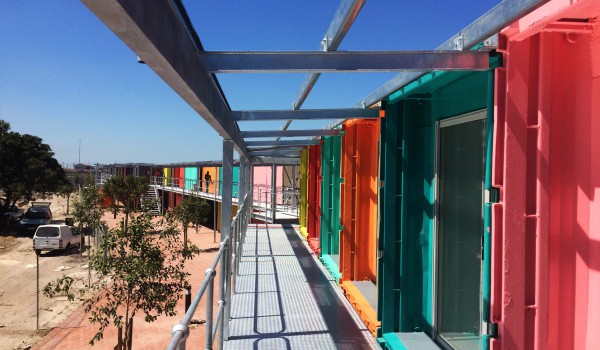 South Africa’s townships are shaping the country’s future, asking the question: What changes if we see townships as the centre and not the periphery?

CITY FUTURES IS A JOURNEY INTO THE FUTURE OF THE CITY, THROUGH THE TOWNSHIPS

You will hear a lot of things said about the Cape Flats and the Townships.

“The other side of town”
“The danger zone”
“Are you crazy, don’t go there!”

These are just some of the mild things said.

Of Cape Town’s population, the majority of us live in townships. Which means that the largest distribution of the city’s spend comes from the townships.

Consider that Khayelitsha is the fastest growing suburb in the country, with a large middle class.

And finally – at least for the purposes of this write-up – consider that the future of Cape Town lies in the townships. That as the city grows and expands, it is expanding into the townships. That the South African Treasury has earmarked some 300 billion rands to invest in developing economic nodes in townships across South Africa. National government, even if it doesn’t shout it out loud, believes that the economic future of the country is in its townships.

So what does the future hold?

On this four hour excursion we take the visitor into the new central business districts of the city, including Langa and Khayelitsha, two of the most crucial parts of the townships, and therefore of the city. We visit some sites and projects of transformation, and meeting some of the people that are making this change. We look at how the city and its townships were formed, and how the townships are being shaped into the future. It looks at models for economic and social integration. It looks at ways that townships might connect to each other and to the city as a whole. In between these lines, it touches on food and stories and life.

Guests have the opportunity to walk. To meet people. To sample township snacks. And to see examples of the future.